INRIA at IMAGINA 2003, the international festival for digital images 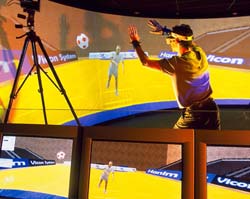 3-6 february – Monaco. High place for digital creation, IMAGINA 2003 will be held at Grimaldi Forum and will present great names of industry and research teams of the sector.

INRIA has been significantly involved in computer graphics for many years. The Institute is developing research, methods and tools in computer graphics for new sectors of research, industry, medicine and media, within some twenty research teams from its six sites at Grenoble, Nancy, Rennes, Rocquencourt, Sophia Antipolis and Bordeaux/Lille/Saclay.

Three research teams will be involved at IMAGINA :

REVES was founded in 2000 with the goal of developing new algorithms to improve and accelerate the computer image and spatial sound generation process. The rendering algorithms apply to virtual or augmented (a mix of virtual and real) environments. The fields of application are virtual cultural heritage, construction and city planning, video games and audiovisual.
The originality of project REVES is in the coherent study and modeling of sound and image for virtual environments.

The team focuses on two main topics, movement simulation and virtual reality. The goal is to devise “physical” models whose characteristics are given by the laws of mechanics, for example for the animation of vehicles or the displacement of virtual objects, or of biomechanics for living being animation. One of the first applications concerns the simulation of the behavior of autonomous entities—vehicles or humans—in city surroundings.

EPIDAURE was launched in October 1992. It now has some twenty researchers. The project goal is to design and develop new tools for the analysis of multidimensional, multimodal medical images (scan, magnetic resonance imaging, ultrasound, nuclear medicine and so forth) to improve diagnoses and therapies, especially when guidance by images is possible (video-surgery, interventional radiology, radiotherapy, etc.).

Based on the analysis of medical images, it is possible to construct geometrical and biomechanical representations that allow for a better visual or even haptic (force feedback) interaction of doctors with images. 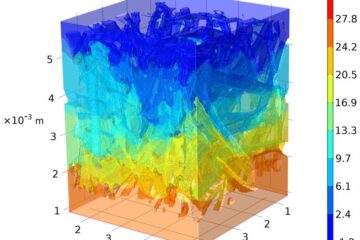 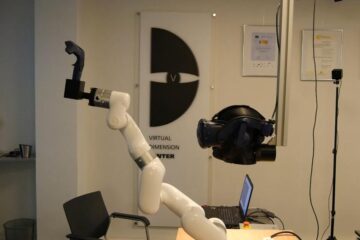 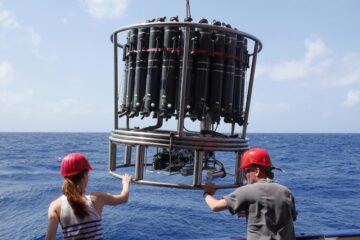