Saw palmetto no better than placebo for enlarged prostate


Saw palmetto, an herbal extract commonly taken to improve urinary symptoms in men with enlargement of the prostate gland, is no more effective than a placebo, according to a new study.

The year-long, double-blind study of 225 men was led by Stephen Bent, MD, a staff physician at the San Francisco VA Medical Center, and Andrew Avins, MD, MPH, of the Northern California Kaiser Permanente Division of Research.

The results are published in the February 9, 2006 issue of the New England Journal of Medicine.

In their study, the researchers randomly assigned patients with enlargement of the prostate, also known as or benign prostate hyperplasia or BPH, to take either saw palmetto or a placebo twice a day for one year. Subjects returned at regular intervals to be assessed for symptoms and side effects. Symptoms were assessed according to a standard symptom score for BPH and objective measures of urinary function.

„If you look at the change in symptoms over time between the two groups, it was almost identical,“ reports Bent, who is also an assistant professor of medicine at the University of California, San Francisco. „There was no statistically significant difference at any time point during the study.“

The researchers also looked at subgroups of patients – those with more and less severe symptoms and those with larger and smaller prostates – and found no difference in any of the subgroups between the herbal extract and placebo.

„The results of this study clearly do not support a strong clinical benefit of saw palmetto for BPH,“ concludes Bent. „However, whether other doses, formulations, or patient populations might respond differently is unknown.“

Bent acknowledges that the study results are surprising, since many earlier studies concluded that saw palmetto is effective against BPH. However, he points out a number of differences between the current study and earlier research.

„Prior studies were generally small in size and short in duration,“ he says. „Plus, the vast majority of them did not use the standard symptom score that we used for assessing the severity of BPH,“ which is now commonly used to judge the efficacy of pharmaceutical drugs for treatment of the condition.

Another potential problem with earlier studies has to do with the nature of saw palmetto itself, according to Bent. „This is a very pungent herb, and it took our research team a long time to create a placebo that convincingly duplicates its strong smell and taste. We suspect that prior trials didn’t adequately address that problem.“ As a result, he says, „it’s possible that some of the positive findings in earlier work may be due to the fact that the blinding wasn’t adequate.“ In other words, patients in those studies knew whether they were taking the herb or the placebo, and „someone who’s taking something that’s smelly and likely to be the plant extract is perhaps more likely to report a benefit than someone who’s taking an odorless and tasteless tablet.“

At the end of the current study, 40 percent of patients in the saw palmetto group believed they were taking the herbal extract versus 46 percent in the placebo group, demonstrating that the blinding was adequate, says Bent.

Bent notes that his research team took pains to select an herbal product that matched the levels of fatty acids and sterols – commonly believed to be saw palmetto’s active ingredients – found in most commonly available commercial preparations of the herb.

Almost all prior studies of saw palmetto used exactly the same dose, says Bent – 160 milligrams twice a day – and the current study used that dose as well. He notes that such consistency of dose is not typical among studies of most other herbal medications.

The current study subjects reported no statistically significant side effects from saw palmetto.

Bent cautions that while the study is strongly indicative, it is not conclusive. „This is a surprising finding that contradicts the weight of prior evidence,“ he observes. „There is good reason for other researchers to conduct another study to validate these results, taking care that blinding is done carefully once again.“

In addition, says Bent, „Some people believe that higher doses may be potentially effective, and that’s an area that we did not address.“

A major new NIH-funded study of saw palmetto and another commonly-used herbal treatment for BPH is currently in the final planning stages, according to Avins, who is a co-author of the current study. The new study will involve several hundred patients at 11 centers nationwide, and researchers hope it will shed more definitive light on the questions of adequate doses and other potentially useful natural treatments for BPH, says Avins.

Other co-authors of the current study include Christopher Kane, MD, and Katsuto Shinohara, MD, of SFVAMC; John Neuhaus, PhD, and Esther S. Hudes, PhD, MPH, of UCSF; and Harley Goldberg, DO, of UCSF and KPNC. 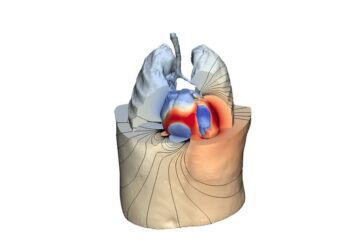 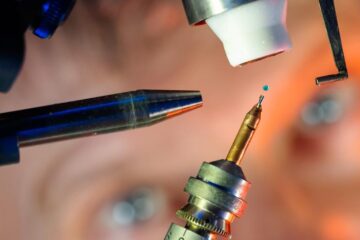 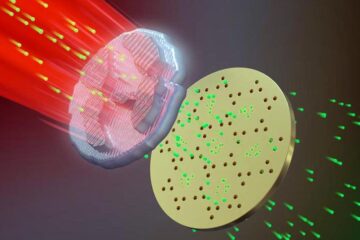