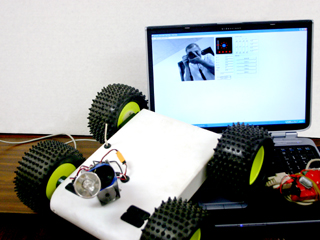 The mine rover captures a video image of the photographer taking its photo. The photographer’s image has been sent from the rover camera (black object just to the right of the light at the front of the rover) to the computer screen.

„What’s inside? What’s concealed just around that bend in the tunnel?“ are the inevitable questions that hikers and others ask when they stumble across these slumbering relics.

Those can be dangerous questions.

Crumbling walls and ceilings that threaten to collapse at the slightest touch; hidden, vertical shafts; poisonous gases; or wildlife lurking inside are just some of the dangers that prevent the non-suicidal from exploring.

Still, the question remains: What’s inside?

Two Aerospace Engineering seniors from the University of Arizona have asked that question about a mine near Congress, Arizona — and they’re about to find the answer without risking their lives.

They’ve built an 18-inch-long, radio-controlled rover to do the looking for them. It’s equipped with a powerful searchlight to explore the mine’s dark recesses and a pan-and-tilt video camera to send images back to their laptop computer.

The mine rover captures a video image of the photographer taking its photo. The photographer’s image has been sent from the rover camera (black object just to the right of the light at the front of the rover) to the computer screen.

„Jessica Dooley and I made the ground rover to tour a mine on her grandmother’s property,“ said Keith Brock. „The mine shaft is too small and too dangerous for us to explore ourselves, so we thought we could make a rover to do it for us. We want to see if there is anything cool inside.“

From Concept to Prototype in Three Weeks

Dooley and Brock are veterans of UA’s Aerial Robotics Club, which builds robotic airplanes that fly themselves and send back video images of remote targets. With that kind of background, designing and building a ground rover didn’t take long — about three weeks, including the time needed to write the software in Visual Basic.

This just-for-fun project is in addition to their full-time engineering studies. Dooley also has a 20-hour-a-week, work-study program at Raytheon and works on research in UA’s Lunar and Planetary Laboratory, designing parachutes that will be used to land probes on distant moons and planets. Meanwhile, Brock is on leave from his internship at Raytheon to work on an active-flow-control project in an Aerospace and Mechanical Engineering research lab. That project focuses on finding ways to control aircraft without using moving control surfaces or wing warping. In their „spare time,“ they’re also designing a helicopter autopilot for the Aerial Robotics Club. So how did they fit the mine rover project into their already overloaded schedules? „When you’re really passionate about something, you just stay up late,“ Dooley said.

Getting Into the Technical Details

The rover is about 1.5 square feet in area and seven inches tall. It can be controlled with a joystick, computer mouse or cursor tracking. The cursor tracking or „mouse tracking“ is linked to the rover’s video camera. Move the cursor to a point on the image sent back from the video camera, and the video camera will center over that part of the image where the cursor lies. „If you have a moving object, you can follow it with the mouse and the camera will automatically stay centered on it,“ Brock said.

With the hatch off, the rover electronics can be seen to include:

The rover communicates with the computer outside the mine through a 900 MHz radio modem that MaxStream donated to the project. It has a seven-mile range line-of-sight and a half-mile range in dense urban areas. Although they haven’t tried it yet, Dooley and Brock believe this will give them sufficient power to communicate with the rover around corners in the mine.

But they still plan to tie a cord to the rover, just in case they need to drag it out or if it dives into a hidden, vertical shaft.

Two servos designed for quarter-scale model airplanes drive the rear wheels, which originally were intended for radio-controlled, off-road, model cars. The servos have a 19 inch-pound rating and will push the rover to a maximum speed of 1.6 mph, although it will rarely move that fast while exploring mines.

Brock and Dooley originally wanted to use tank-treads instead of wheels, but couldn’t find a suitable system. „We’re still working to upgrade this because the rover can’t spin on itself now and because we’re afraid that it might get high-centered on rocks or other bumps in the mine floor,“ Brock said.

The rover’s large wheels are centered on the body and the students originally designed it so that it could turn over and still be driven. „But then we wanted a big, pan-and-tilt camera,“ Brock said. „So now it can’t turn over. But we could remove that camera and use a really small pinhole camera like those found in security systems. That would be smaller in height and we could drive right-side-up or upside-down.“

The rover is built entirely from off-the-shelf components, most of which were not intended for use in this kind of project. But a considerable amount of expertise in robotics was needed to assemble them into a functioning rover. With the donated radio modem and other parts that Brock and Dooley had lying around in their well-stocked junk box, they were able to build the robot for about $200. They estimate that building it from scratch with all-new parts would cost about $1,000.

Depending on what they find inside the mine, they may add extra features in the future, such as a winch or robotic arm to drag out artifacts. They also might equip the robot with a grinding tool so that it could scrape away the surface oxidation on rocks to expose fresh rock underneath, much as the Mars rovers are doing now on the Red Planet.

This kind of robot also could have many other uses, Brock noted. It could become a mobile base for model rockets. „You could mount the rocket, then drive it out and launch it,“ he said. Or you could equip it with chemical or biological sensors to investigate suspicious packages or vehicles.

Dooley also said a Palm Pilot might be in the robot’s future. „Palm Pilots are pretty powerful now,“ she said. „You can do a lot with them, and it would be cool to walk out there with just the rover and a Palm pilot.“ 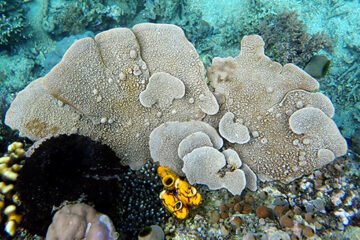 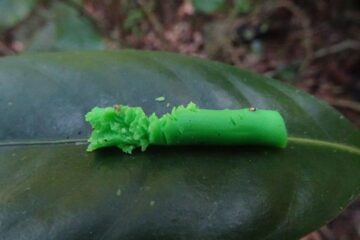 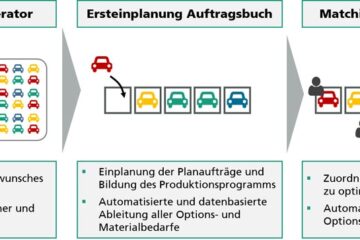