The group "modeling" concentrates on the development and numerical implementation of mathematical models that are useful for the groups "thin adaptive films" and "smart materials".

One class of models is related to composite structures representing transducers and sensors. Transducers convert an electric input signal into elastic waves. Energy conversion is achieved by using the electric field of the signal to set a piezoelectric material of suitable crystallographic cut into mechanical vibration. The elastic waves are propagating either inside a substrate or close to its surface at a speed around 10^5 smaller then the electromagnetic waves.

This makes possible to estimate the signal delay caused by disturbances (e.g. absorbed biomolecules) which have to be measured. During propagation, elastic waves can interact with many obstacles such as interfaces between materials, electrodes, boundaries of the device and so on. Mathematical modeling allows us to choose right parameters of the device to achieve a good quality of the wave, which is the basis of good performance of the device.

Another class of models deals with magnetostrictive materials that can be precisely controlled through magnetic fields. In this convection, the distribution of magnetic field and the relation between mechanical deformations and the magnetic flux should be simulated.

Shape memory materials play a very important part in medical applications. The actual state of this research demands the development of mathematical models for multilayer composites. This should be done using the matching of elasticity theory and the theory of phase transitions.

One of the most complex and important problems is the simulation of the coating process. The model involves stochastic partial differential equations which are derived from quantum mechanic considerations.

New functional materials to a large degree are the basis for new technological developments with an increasing importance of thin film and coating technology. There is a demand to include sensor and actuator devices in miniaturized form in the communication, automobile and medical technologies as well as in chemical process technologies. Related to this field of interest the group "Thin Adaptive Films" focuses on materials development for thin film sensors and actuators based on fundamental analysis of their structural and chemical properties in connection with their physical properties. The term "adaptive" is understood in the sense of self-adapting to a specific application environment or, in order to achieve the functional goals, being adapted by either a proper post-treatment or by external control (electrical, magnetic, thermal). By lithographic means such films can be miniaturized for the use in microstructured devices. A basis for the film applications is the choice of processing technique allowing a wide variation of deposition parameters. In the Thin Adaptive Film Laboratory modern methods of molecular beam epitaxy (MBE) for large area coatings are applied (see fig.1). By using advanced analytical and microscopic methods (variable temperature STM/AFM, parallel beam X-ray (micro-)diffraction, see fig. 2) the interdependencies of the physical functional properties and the structural/chemical properties are analyzed which then serve as a basis for an optimized processing technique. The work on the projects is jointly performed in collaboration with the theoretical group "Modeling and Simulation" and the engineering group "Smart Materials".

The group "smart materials" concentrates on the development of smart materials in thin film form and their applications mainly in the area of microsystem technologies using cost-effective processes that are capable of mass-production. Smart materials directly transduce electrical, magnetic, or thermal energy into mechanical energy or vice versa and are therefore very attractive for the realization of micro-actuators and -sensors. The related physical effects are the magnetostriction, the piezoeffect, or the shape memory effect, respectively (fig. 1). Thin film fabrication processes are an attractive approach to fabricate smart materials as this technology is almost not material limited, offers easy downscaling into the mm-range by a cost-effective manufacturing technology, is compatible to microsystem technologies, avoids assembling and interconnection processes, and allows the realization of novel materials as e.g. multilayers which show superior behavior compared to their traditional bulk counterparts. These small and easy-to-integrate, "intelligent" micro-actuators and -sensors are essential for a high number of application areas as e.g. movable micro-optical components for the communication technology, tools for minimal invasive surgery, positioning elements for data storage devices, or remote-interrogated sensors for mechanical quantities like e.g. torque. The Smart Materials Laboratory at caesar provides magnetron sputtering (fig. 2) as well as photo lithography (fig. 3) for the fabrication of the materials and the devices as well as special equipment for the characterization of the physical effects and their high frequency properties. 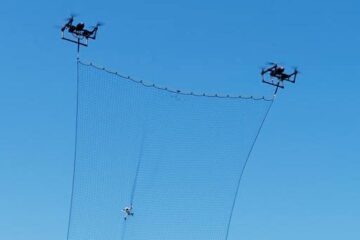 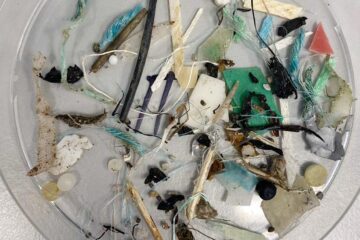 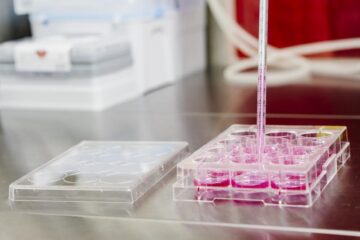