11 September 2001 will remain a defining moment in the history of building performance in the face of a malicious attack on civilised life, Dr John Roberts will tell the BA Annual Festival of Science at the University of Leicester. Dr Roberts, Director of Babtie Group and a Fellow of the Royal Academy of Engineering, will outline the practical measures that engineers are already taking in response to the catastrophic collapse of the World Trade Center one year ago today (11 September 2002).

“We now have to think the unthinkable at the design stage in a way we’ve never had to do before,” says Dr Roberts. “But there are some quite simple things that we can do without increasing the cost of new buildings too much – and some we can do with existing buildings as well. One of the most important considerations is how to get everyone out of a very tall or large building simultaneously – in the past we’ve planned mainly for phased evacuations away from fire- or bomb-damaged areas. We should also consider licensing large buildings in the same way as for sports stadia. Amazingly, there is no minimum evacuation time in the UK building codes,” he says, “but you have to be able to get everyone out of a premiership football ground in just eight minutes.”

“If we made sure lifts were fire- and impact-proof we could use them for rapid evacuation, instead of the conventional wisdom that you should use only the stairs in an emergency. In any case we need to plan and site stairwells to minimise the chance of them becoming impassable.” Only four people escaped from above the impact zones in either of the WTC towers because the stairs and lift shafts were damaged.

Engineers have anticipated single extreme events (like accidental aircraft impact) before but not combined with widespread fires as happened at WTC. “We need to ensure that passive fire protection can protect the building if the sprinkler system is knocked out,” says Dr Roberts. “You might have 1,000 sprinkler heads in a building but even with a full water supply you can only open say about 50 at once – that’s enough to deal with local fires that spread in a conventional way.” There was no hope of controlling the WTC fires as the plane impact severed all the risers from the water mains and there was no way the firefighters could get to the impact floors in time, despite their heroic attempts. “But we can design buildings to survive complete burn-out of their contents,” says Dr Roberts. “One surprising conclusion from the WTC investigation was that the flammable content, per floor, of the offices was higher than that of the total aircraft fuel. The problem was that the burning fuel set light to a huge volume of the contents almost instantaneously.”

It is now well established that the WTC towers collapsed after the uncontrolled fire weakened the steel structure so much that it could no longer support the floors above, each of which weighed over 2,000 tonnes. The top floors crashed down, their momentum triggering an unstoppable progressive collapse. Total collapse of buildings is rare but not unknown and UK engineers have been acutely aware of this phenomenon since the progressive collapse of part of the Ronan Point flats killed four people after a gas explosion in 1968. “The key to avoiding progressive collapse is to design robust, ductile buildings,” says Dr Roberts. “That means they can deform to absorb an impact without fracturing – both the structural elements and the joints between them must be strong and ductile and the layout of the structure should provide alternative load paths and “redundancy” in the structure – it’s not enough just to tie them together. The UK building codes are already being evaluated to see how the advice can be improved in this area.” 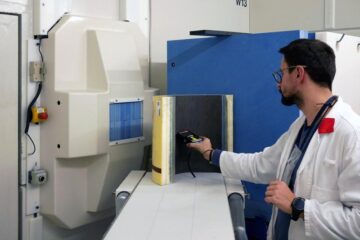 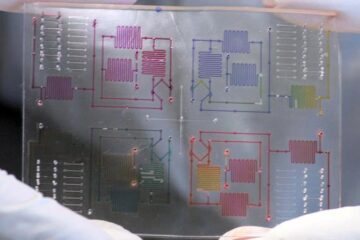 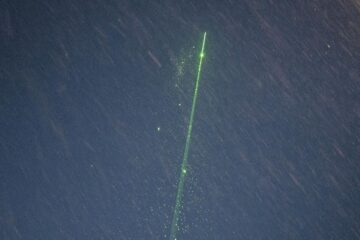