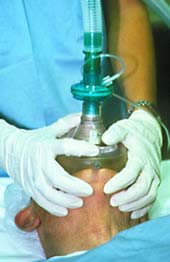 Recovering from anaesthesia could become much easier if a new drug, now in clinical trials, lives up to its potential1.

During some operations, patients receive neuromuscular blockers to suppress voluntary or reflex muscle contractions. After surgery, they are given drugs to negate the blockers’ influence and restore normal muscle function. These often have nasty side-effects, including vomiting, cramps and diarrhoea. Drugs that alleviate these side-effects have unwelcome consequences of their own, such as dry mouth and blurred vision.

The problem is that whereas blockers do one thing, their antagonists don’t simply do the opposite, but rather they have more general effects. It’s like trying to prevent credit-card fraud by outlawing credit cards.

Far better is to round up only those cards that are being used fraudulently, reasoned Ming-Qiang Zhang of Organon Laboratories Ltd in Newhouse, Scotland, and colleagues. They have created a molecule that recognizes neuromuscular blockers and wraps them up, thereby deactivating them.

The team worked with the common blocker rocuronium (sold as Zemuron in the United States). This is a steroid molecule with a rigid, fat-soluble atomic framework.

To suppress the blocker’s physiological effects, Zhang’s group designed a ring-shaped sugar molecule, called a cyclodextrin, to encase it. This harmless, water-soluble molecule has a water-friendly rim and a fat-friendly inner cavity.

The researchers modified a natural cyclodextrin in two ways to make it a better cage for rocuronium. They made the cavity deeper and added molecular groups around the rim, which form chemical bonds with groups on an encapsulated rocuronium molecule.

The resulting cyclodextrin, called Org25969, reverses rocuronium’s effects quickly and efficiently, by binding tightly to it and nothing else.

In anaesthetized Rhesus monkeys treated with rocuronium, Org25969 produces almost full muscle recovery within three minutes of being administered. This is faster than standard antagonist drugs and is accompanied by none of the usual side-effects, such as increased heart rate. Org25969 is now undergoing clinical trials in humans. 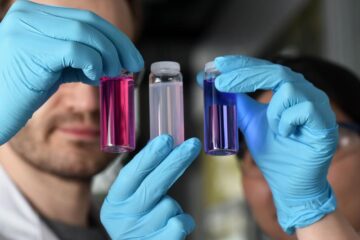 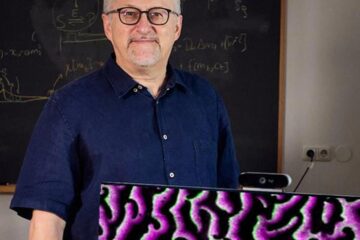 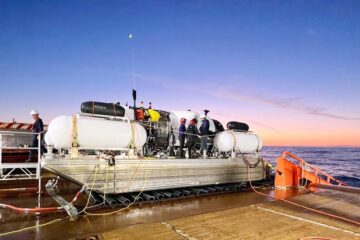