24 food quality and safety research projects and 12 specific support actions have been awarded an initial EU contribution of €166 million in the first year of the EU 6th Research Framework Programme (FP6). They are the first projects of this kind to receive FP6 funding, totalling €17,5 billion over 4 years (2003-2006).

The projects and networks, some of which will receive up to €17 million each, will tackle consumer-oriented issues such as food-related diseases and allergies, the impact of food on health, environmentally-friendly production methods, and environmental health risks, making extensive use of the new approaches offered by FP6. Most of these major new research initiatives will contribute to the implementation of relevant EU policies with sound scientific data and recommendations.

Announcing the new research projects European Research Commissioner Philippe Busquin said: “New farming and food production methods potentially bring great benefits to our citizens, but at the same time we must safeguard against any possible risks to human health. These first research projects to be allocated FP6 funding will play a key role in improving the quality of life for people in Europe, but also in helping to shape related EU policies. It is encouraging that many of these new projects have adopted new research funding instruments, making another important contribution to the European Research Area.

FP6 started on January 1st 2003, with a first crop of calls for proposals published on December 17th, 2002. FP6 has a budget of €17,5 billion, to be allocated on the basis of evaluations following calls for proposals over 4 years. For Priority 5 – Food Quality and Safety – the initial budget is €685 million. On the basis of the evaluation of research proposals by independent experts, the best proposals have been short-listed by the Commission to receive EU funding. Following approval by the Commission and a review by the programme committee , contract negotiations will be initiated with project co-ordinators.

Projects to be funded

Following the closure of the call in April, 200 proposals, representing almost €1.4 billion, were evaluated by independent experts under the supervision of the Commission. The experts’ shortlists form the basis of the funding decisions of the European Commission. Subject to budgetary constraints, up to 36 proposals, representing an initial EU contribution of €166 million, are expected to receive funding (see table). Due to the overwhelming number of high quality proposals and a limited budget a number of topics could not be covered and some of these might be re-introduced into the work programme for 2004.

New instruments
FP6 foresees two new funding instruments: integrated projects and networks of excellence. These new instruments are designed to give EU activities a bigger impact and bring about better co-ordination of research conducted in Europe. A high proportion of the newly-funded projects use the new instruments of FP6 to tackle some of the major and growing concerns of scientists, public authorities and consumers. These comprise 6 integrated projects, with an average recommended EU contribution of €13.6 million, and 6 networks of excellence, with an average recommended EU contribution of €14.4 million. The number and scale of these projects reflect the will of European scientists to structure the European Research Area. These ambitious projects will investigate issues such as low input and organic production systems; prevention, control and management of prion diseases; improved strategies in animal welfare for improved food quality; and allergy and asthma. See Annex for short descriptions of these.

Traditional instruments
A further 12 projects use traditional instruments: one is a co-ordinated Action on the influence of nutrition on healthy ageing and 11 are specific targeted research projects (STREP) with an average recommended EU contribution of €2.6 million. The STREPs include projects on pathogen-free production systems; health risks from heat-treated foods; biological crop protection systems; and antibiotic resistance in animals, plants and humans. The Annex provides a full list of targeted and funded topics.

Supporting research
In addition to the research projects, 12 specific support actions are short-listed for funding for a total EU contribution of €6.9 million. Several of these target training and networking researchers and technology transfer, particularly in candidate countries, while other actions aim at disseminating results, sharing good practice stemming from research and helping international discussions in the light of technical progress.

SME participation
The overall level of Small and Medium-sized Enterprises (SMEs) participation is 103 out of 666 participants (15%). However, the figure is substantially lower in terms of proposed EU contribution, indicating that additional efforts are needed to reach the target of 15% of the budget. Several among the selected consortia foresee open calls to extend their partnership towards the inclusion of SMEs as opportunity arises through progress in their research. 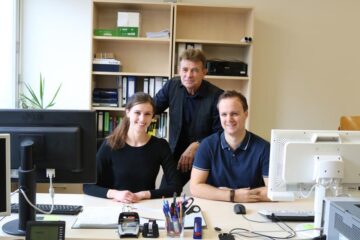 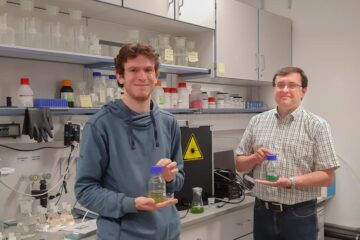 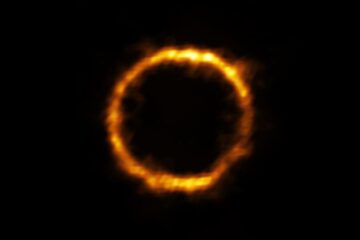