Global outsourcing of IT jobs from high-cost regions of the world to lower cost regions is, today, an inexorable phenomenon and attempts in certain developed countries to arrest this trend through legislation are bound to fail, states new analysis from Frost & Sullivan.


Using a combination of qualitative information based on primary research in 14 countries together with quantitative data obtained from end-user surveys among IT decision-makers in France, Germany, Hong Kong, Japan, the United States and the United Kingdom, Frost & Sullivan analysts tracked global offshore outsourcing and off-shoring of IT jobs for the period 2002-2004.

According to the study, IT job exports are forecast to increase by a compound annual growth rate (CAGR) of 5.9 per cent between 2002 and the end of 2004. In 2004, a total of 826,540 IT jobs are expected to be exported by France, Germany, Hong Kong, Japan, the United Kingdom and the United States to lower cost countries, amounting to a combined value of USD $51.6 billion.

The United States and Japan are slated to emerge as the top two exporters of IT jobs in 2004. Germany is poised to lead the developed European nations by having exported a total of USD $48.22 billion worth of IT jobs since the IT offshoring and outsourcing trend began. Germany is trailed by the United Kingdom and France.

Promoting sustained growth of IT job outsourcing has been the fact that many companies in low cost regions have higher CMM certification levels than their customers. Government sponsored programmes and tax incentives designed to support the IT industry in lower cost regions have also encouraged outsourcing trends. Providing further impetus to outsourcing has been the return of many IT professionals to their home countries in the late 1990s, who have been carrying out similar work, albeit at lower wages.

Exporting IT jobs to lower cost countries is now regarded as critical to survival in industries where other competitors are doing so. At the same time, hiring outsourcers abroad is being seen as affording a company the flexibility to adjust its personnel strength to business requirements at a lower cost and with a higher level of expertise.

„Multinational corporations can and will use offshore subsidiaries to circumvent the law in other parts of the world when profitability is at stake, provided executives cannot be held legally liable in the home country,“ comments Frost & Sullivan Industry Analyst Jarad Carleton.

Besides, when a company is based in a country without restrictions regarding the exportation of IT jobs and subsequently sells its products and services in a country that has restrictions, the company not limited by such legislation will possess a distinct market advantage.

„In effect, therefore, the nation that places restrictions on the export of IT jobs will hobble its own businesses and could be inadvertently legislating the destruction of millions of additional jobs in the future as a result,“ cautions Mr. Carleton. „This is crucial to understanding why the exportation of IT jobs to lower cost countries cannot be arbitrarily halted by legislation in one or two developed countries.“

Moreover, to be effective, any legislative action to protect IT jobs in developed regions of the world will have to be part of a global alliance of developed governments – an unlikely scenario. Ultimately, developed countries will have focus on education and innovation to protect their IT workforce.

Of the low cost countries examined by Frost & Sullivan including India, China, Brazil, Mexico, Malaysia, Poland, Romania and Russia, India emerged as the single largest recipient of IT job imports, followed by China. The gap between India and China (which currently receives less than half the number of jobs than India) is expected to narrow over the course of the decade due to various IT-friendly initiatives undertaken by the Chinese Government.

Satisfaction levels in the global sourcing of IT labour were surprisingly high notwithstanding challenges posed by cultural, linguistic and time zone differences. The primary issues restraining satisfaction levels from increasing appeared to be language problems as noted by France and Japan, and cultural differences and misunderstandings as identified by German companies.

If you are interested in a summary of this research service providing an introduction to Frost & Sullivan’s analysis of Global Offshore Outsourcing and Off-shoring of IT Jobs, please send an email to Kristina Menzefricke, Corporate Communications at kristina.menzefricke@frost.com with the following information: full name, company name, title, contact telephone number, email. Upon receipt of the above information, the summary will be emailed to you.

Title: Global Offshore Outsourcing and Off-shoring of IT Jobs

Frost & Sullivan, a global growth consulting company founded in 1961, partners with clients to create value through innovative growth strategies. The foundation of this partnership approach is our Growth Partnership Services platform, whereby we provide industry research, marketing strategies, consulting and training to our clients to help grow their business. A key benefit that Frost & Sullivan brings to its clients is a global perspective on a broad range of industries, markets, technologies, econometrics, and demographics. With a client list that includes Global 1000 companies, emerging companies, as well as the investment community, Frost & Sullivan has evolved into one of the premier growth consulting companies in the world. 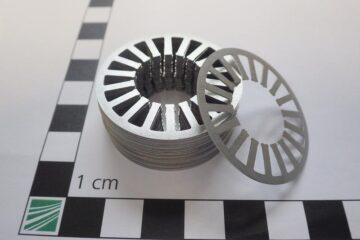 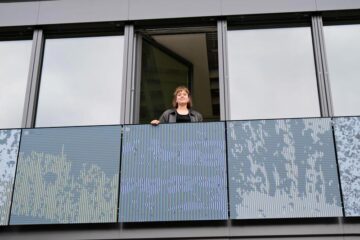 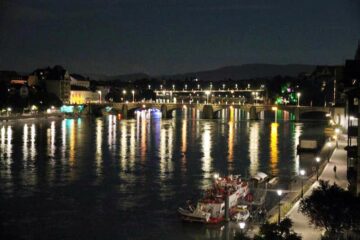