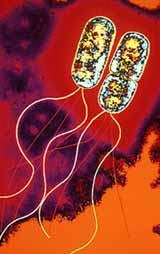 Tough layers of these bacteria build up in the lungs of cystic fibrosis patients. <br>© SPL <br>

Cystic-fibrosis lungs could be cleared by flicking a bacterial switch.

US researchers have identified how bacteria lining the lungs of cystic-fibrosis patients switch into a deadly modesup>1. Altering this switch could lead to more effective therapies for potentially lethal infections.

Tough layers of bacteria called biofilms build up in the lungs of patients suffering from cystic fibrosis, often resulting in their death. Biofilms are hard to shift with antibiotics – but how they acquire this drug resistance has previously been unclear.

The normally innocuous bacteria undergo a ’phase-shift’ that switches on both antibiotic resistance and an enhanced ability to form biofilms, Eliana Drenkard and Frederick Ausubel of Harvard Medical School in Boston have found.

The pair also identified a protein that triggers the switch – and could make a potential drug target. A molecule that shunts the bacteria back into an antibiotic-susceptible state could be co-administered with conventional treatments to make the latter more effective. „If we could trick the bacteria into the antibiotic-susceptible phase, then antibiotics would be much better at destroying them,“ says Ausubel.

„It is very exciting work,“ says George O’Toole, who studies biofilms at Dartmouth Medical School in Hanover, New Hampshire. There may be additional ways to target the resistant cells and prevent biofilms building up in the body or elsewhere; identifying these, he says, is the challenge that lies ahead.

It had been thought that biofilms themselves are inherently resistant to antibiotics because of their thick outer coating. But Drenkard and Ausubel’s work suggests that Pseudomonas aeruginosa first switch to a drug-resistant form and that this helps them to form super-resistant layers. „It suggests that high antibiotic resistance is linked to the functions required to actually make the biofilm,“ says O’Toole.

Drenkard and Ausubel found that natural variations among bacteria enable some of them to survive in the presence of antibiotics, when a bunch of them are grown in a dish. When grown without antibiotics, however, the bugs revert to their original non-resistant, non-biofilm-forming state.

The same variants exist in the lungs of cystic-fibrosis patients being treated with antibiotics, they found. An environmental cue, such as the altered salt concentrations found in the lungs of patients, may trigger the phase-shift, Ausubel suggests.

He believes that a small population of bacteria in patients’ lungs pre-exist in the resistant form. When the patients are treated with antibiotics, only these bugs survive and so establish a chronic infection.

In the wild, however, phase-shifting is an essentially random switching mechanism. Bacteria use it to express characteristics that help them to survive in a particular environment; salmonella and cholera bacteria also undergo phase-shifts. 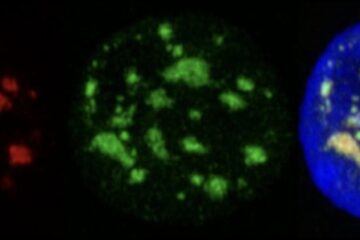 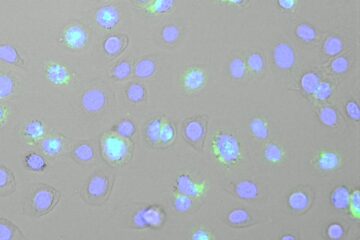 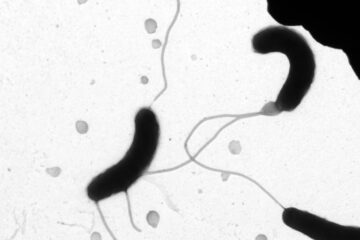