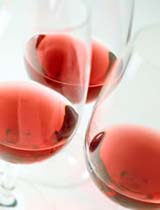 Indulging in a little fine Cabernet Sauvignon this Christmas could well do you good. Red wine blocks a cellular compound thought to be a key factor in heart disease, a new study finds1, bolstering claims that red wine carries more health benefits than other alcoholic beverages.

The finding may help explain why the French, who often drink red wine with meals, appear to have a lower risk of heart disease than people in Britain despite eating a similar amount of saturated fat – a phenomenon known as the ’French paradox’.

Epidemiological studies have suggested that red-wine consumption lowers heart disease risk. How has been a matter of speculation, says Tony Turner, a molecular biologist at the University of Leeds, UK.

„There has been much in the news about the benefits of red wine, but it has been largely hearsay, and much of it contradictory,“ he says. „This paper provides a first look at a mechanism underlying red wine’s protective effect.“

White and rosé© wines had no effect on the production of endothelin-1. This implies that the active ingredients are polyphenols – compounds from grape skins found only in red wines.

Uncovering this mechanism gives researchers a way to calculate the amount of red wine that provides the greatest benefit, says Roger Corder of Queen Mary University of London, a member of the team that performed the study. „If you can measure endothelin synthesis in volunteers after consumption of red wine, you can establish the ideal quantity to consume,“ he says.

The study was performed on cultured cow heart cells. More research is needed to understand whether the mechanism is important in humans, cautions David Webb, who studies endothelin at the University of Edinburgh.

But, he adds, the study found that even very small amounts of red wine extracts – well within the quantities that a moderate drinker would consume – have a powerful impact on endothelin production. „The potency suggests it might be a real effect in humans,“ he says.

Heart of the matter

The health benefits of wine have also been attributed to the antioxidant effects of polyphenols. Antioxidants, such as vitamins C and E, are thought to reduce the formation of fatty plaques in blood vessels.

But recent large-scale epidemiological studies have failed to find health benefits from antioxidants. Says Corder: „I think there has been an unnecessary emphasis on antioxidants in red wine.“

There is also evidence that red wine dilates blood vessels and stops red blood cells from clumping. These effects may be independent, or they may be a consequence of the newly discovered suppression of endothelin-1, Webb says. „It may be that this is not just another contributory benefit but the heart of the process.“ 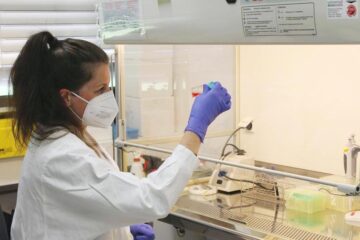 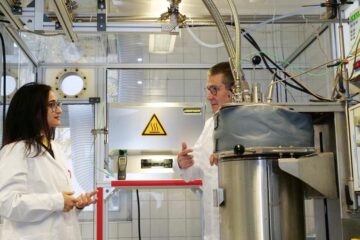 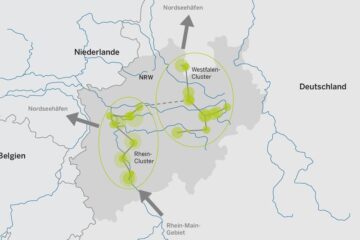