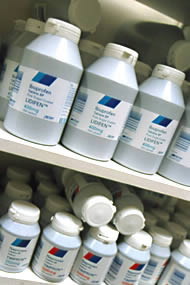 More evidence is emerging that over-the-counter painkillers such as ibuprofen could form the basis of future treatments for Alzheimer’s disease. A new study suggests that some non-steroidal anti-inflammatory drugs (NSAIDs) block a process thought to cause the degenerative brain disease.

In mice and in cultured human cells, certain NSAIDs prevent a harmful variety of a protein called amyloid from forming – instead the cells produce another amyloid. Many believe that Alzheimer’s results when clumps – called plaques – of the harmful amyloid accumulate in the brain.

Better still, the NSAIDs do not seem to effect other brain proteins. Existing Alzheimer’s drugs interfere with all amyloid proteins and other molecules in the brain, causing undesirable side-effects.

„This is the first known set of compounds that inhibit the pathogenic [amyloid],“ says Edward Koo, a neuroscientist at the University of California, San Diego, who led the study1.

Although promising, experimental success in cell cultures and mice doesn’t always translate to humans, Koo warns. „This doesn’t mean it’s safe to take these drugs to treat Alzheimer’s,“ he says. A human would have to consume the equivalent of 16 ibuprofen tablets a day before any effect was seen – far more than the recommended safe dose.

But by looking for compounds that are similar to NSAIDs, Koo hopes to produce a new Alzheimer’s drug with anti-plaque properties but none of the toxic side-effects of either NSAIDs or current Alzheimer’s drugs.

It may be a bit more difficult than that, warns Michael Garavito, a molecular biologist at Michigan State University in East Lansing. „This tantalizing research makes it worthwhile exploring this pathway further,“ he says, but he doubts that researchers will easily uncover the NSAID connection until Alzheimer’s itself is better understood. „It’s still up in the air as to what is the root cause of Alzheimer’s,“ he says.

There has long been tantalizing evidence that NSAIDs might alleviate Alzheimer’s disease. Occasionally, Alzheimer’s symptoms are reduced in elderly patients who take NSAIDs to ease pain and inflammatory diseases such as arthritis.

„There’s a major controversy as to what is actually happening,“ says Garavito. Many NSAIDs, such as aspirin, have no effect on Alzheimer’s symptoms. Others, such as ibuprofen, show some effect but only at high, potentially toxic doses.

The plaque-scotching signs seen by Koo’s team do not seem to be due to the anti-inflammatory properties of NSAIDs. These medicines inhibit inflammation by inducing cooxygenase (COX) enzymes, but the NSAIDs still had their anti-plaque effect in mutant cells that lack COX, the team found. 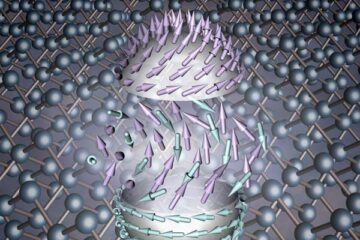 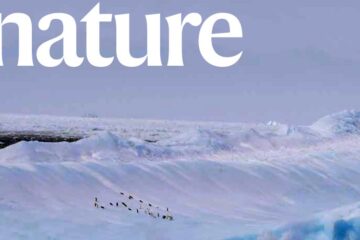 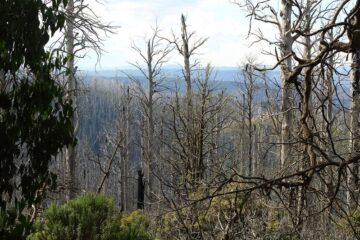