Researchers at MIT’s Francis Bitter Magnet Lab have developed a novel magnetic semiconductor that may greatly increase the computing power and flexibility of future electronic devices while dramatically reducing their power consumption.

The work was reported in the April issue of Nature Materials.

The new material is a significant step forward in the field of spin-based electronics – or „spintronics“ – where the spin state of electrons is exploited to carry, manipulate and store information. Conventional electronic circuits use only the charge state (current on or off) of an electron, but these tiny particles also have a spin direction (up or down).

Devices such as laptops and iPods already employ spintronics to store information in their super-high-capacity magnetic hard drives, but using electron spin states to process information through circuits would be a dramatic advance in computing. „We can carry information in two ways at once, and this will allow us to further reduce the size of electronic circuits,“ says Jagadeesh Moodera, a senior research scientist at the Magnet Lab and leader of the research team. Today’s circuits carry information by varying the on/off state of current passed through electrons. Those same electrons could carry additional information through their spin orientation.

The magnetic semiconductor material created by Moodera’s team is indium oxide with a small amount of chromium added. It sits on top of a conventional silicon semiconductor, where it injects electrons of a given spin orientation into the semiconductor. The spin-polarized electrons then travel through the semiconductor and are read by a spin detector at the other end of the circuit.

Although the new material is promising in itself, Moodera says the real breakthrough is their demonstration that the material’s magnetic behavior depends on defects, or missing atoms (vacancies), in a periodic arrangement of atoms. This cause-and-effect relationship was uncertain before, but Moodera’s team was able to tune the material’s magnetic behavior over a wide range by controlling defects at the atomic level.

„This is what has been missing all along,“ he says. „The beauty of it is that our work not only shows this magnetic semiconductor is real, but also technologically very useful.“

The new material’s ability to inject spin at room temperature and its compatibility with silicon make it particularly useful. Its optical transparency means it also could find applications in solar cells and touch panel circuitry, according to Moodera.

In addition to reducing circuit size, spintronics could create more versatile devices because electron spins can be changed reversibly (from up to down and vice versa) along circuits using an electrode gate. „We currently have multifunctional cellphones, for example, that act as phones, cameras and music players,“ says Moodera. „Spintronics could create even greater multifunctionality in the future.“

Spintronics may also reduce the power consumption of information devices. Spin states are considered „nonvolatile,“ meaning they retain stored information even when the power is switched off – this is why magnetic hard drives hold information without power. Spin electronics could create circuits that operate similarly, storing and passing information without the need for a continuous current to retain the data. „In such a system, we can transmit spin information without moving charges,“ says Moodera. „It’s like creating a ripple in a pond – it travels all the way across without adding more energy.“

Among those assisting in the research are postdoctoral associate John Philip of the Magnet Lab and Tiffany Santos, a graduate student in the Department of Materials Science and Engineering. The research is a collaborative effort among MIT, Boise State University (Idaho) and the Korea Institute of Science and Technology (KIST), supported by the KIST-MIT project, the National Science Foundation and the Office of Naval Research. The work originally began under the Cambridge-MIT Institute. 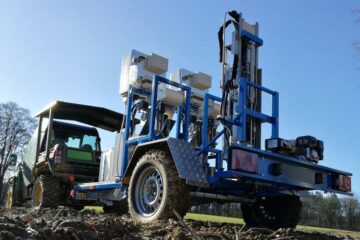 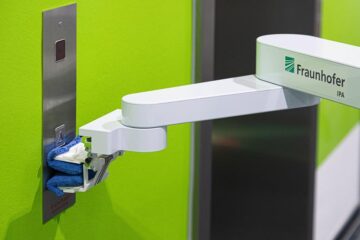 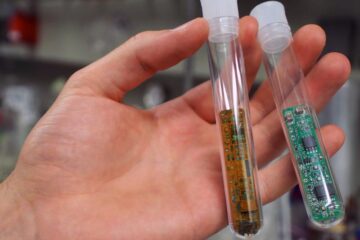